It’s been about a month or so since I’ve blogged about our renovation, mainly because I’ve been waiting until something ‘exciting’ happened. Day 1 was amazing – interior demo was swift and ruthless! Reminder… 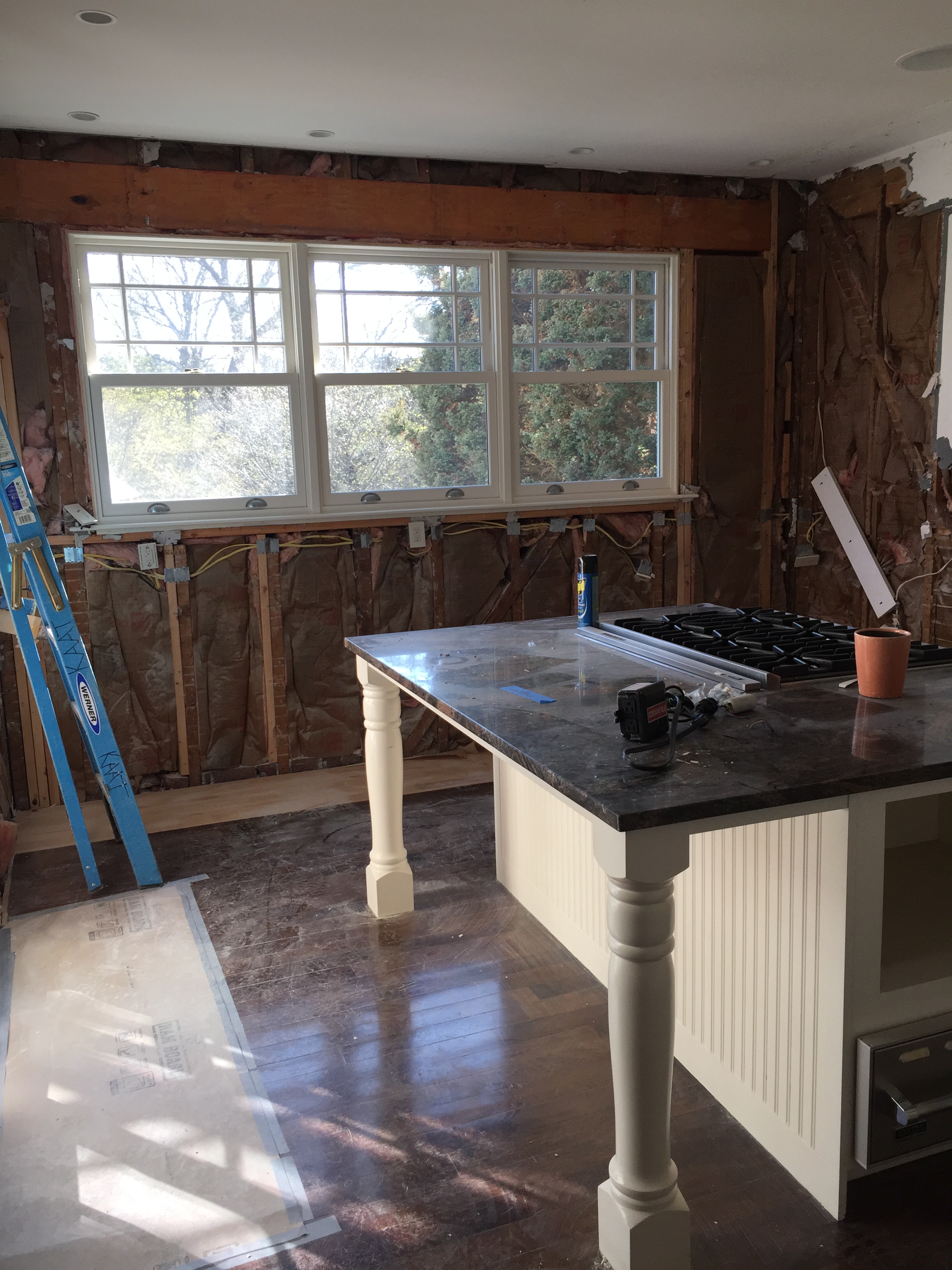 Days 2 through 50 or so seemed to drag on. Although progress was definitely happening, it was just not as visible (nor as dramatic a change).

Then, last week, the big excavators arrived and started moving heaven and earth…just earth, actually…all around the back of the house where new foundation walls need to go. Although we’re not doing an ‘addition’ per se, the mudroom and kitchen are changing and increasing slightly in size, so the footprint of the house is being altered. Think bump-out, rather than add-on. 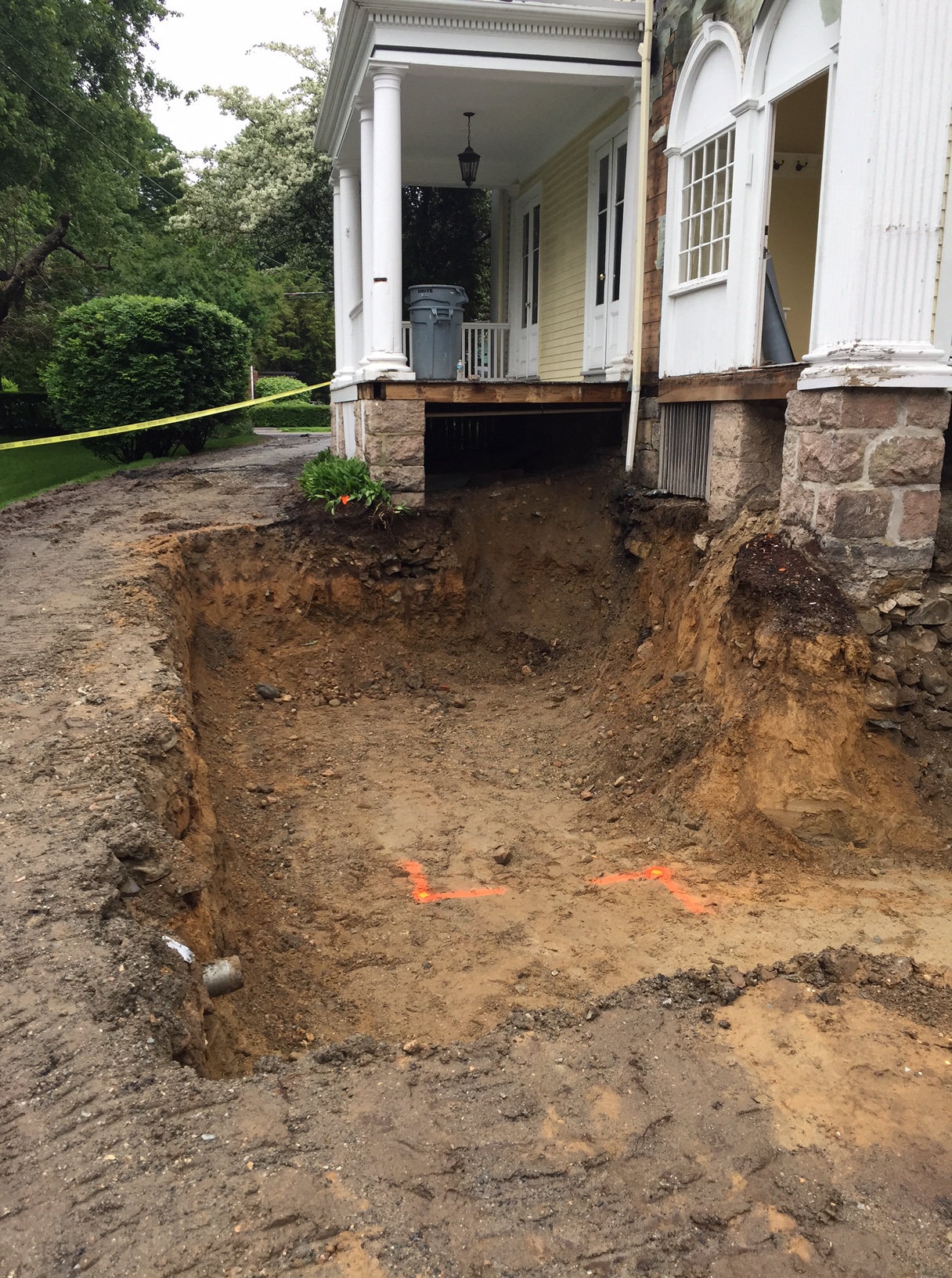 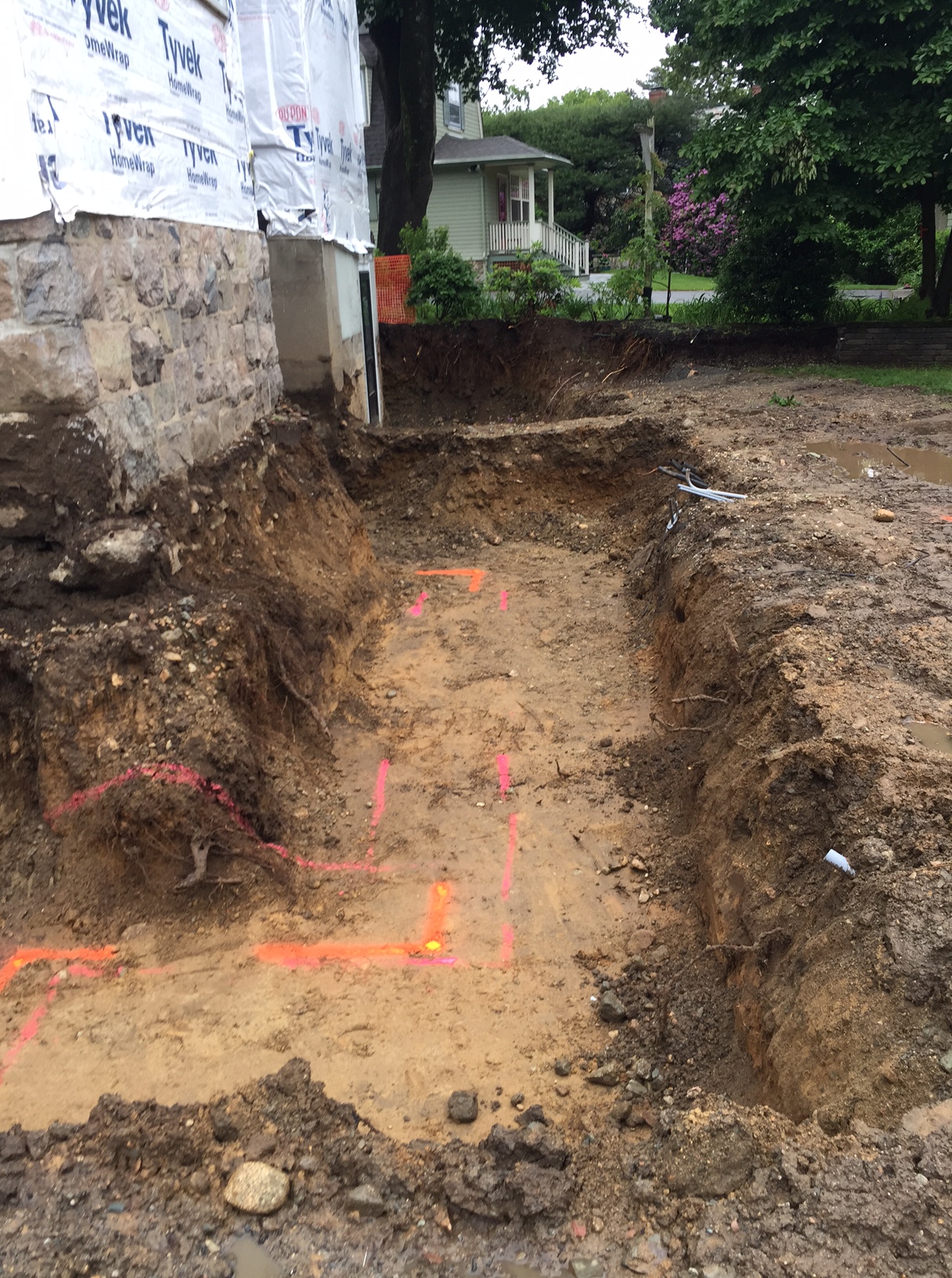 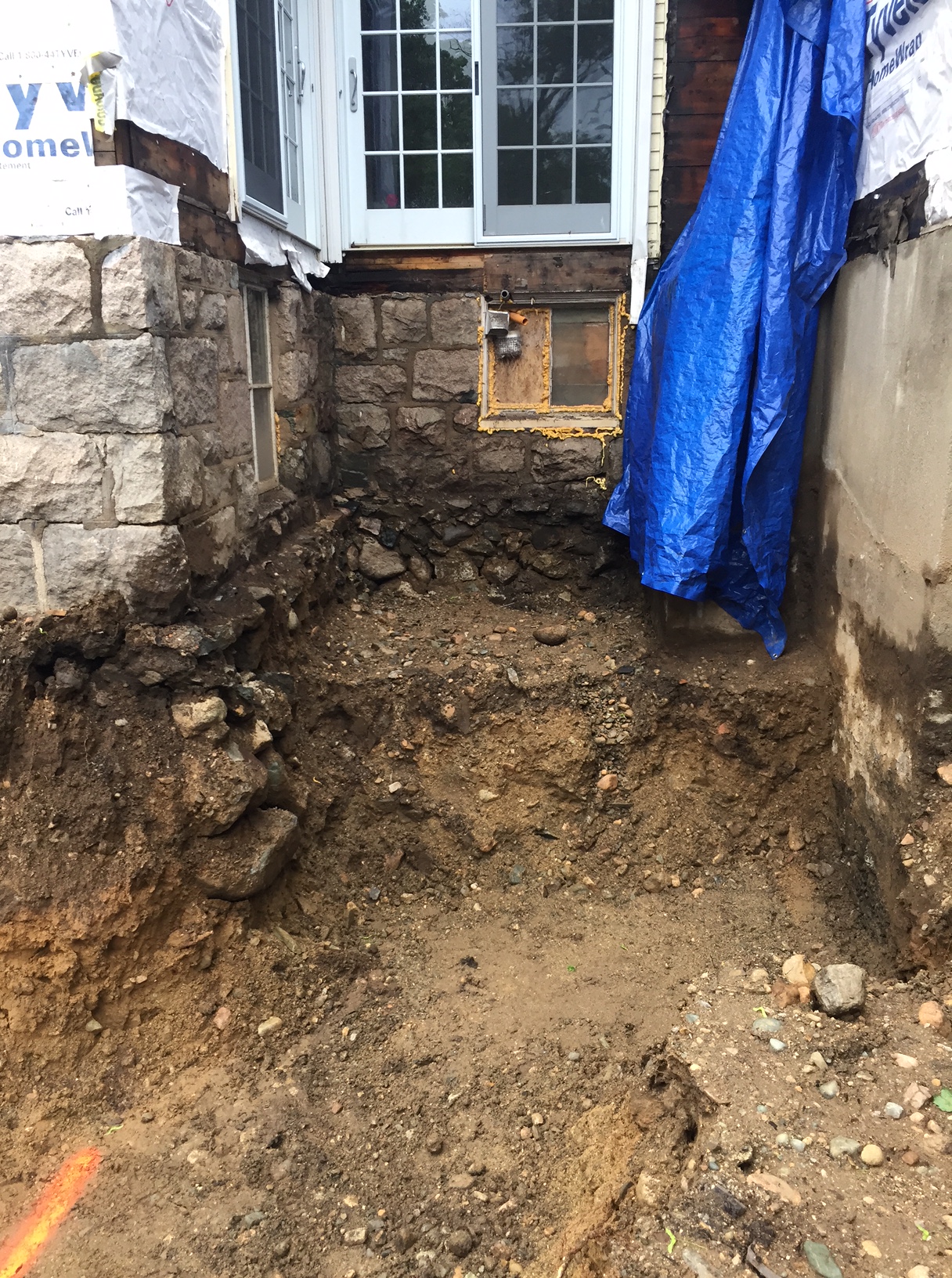 Despite my excitement for the visible progress, it was a little disconcerting to see what I thought was a super-strong granite block foundation sitting on what appeared to be a 13o-year-old pile of rubble. I was also wondering why we needed a moat around our house – lol :). Thankfully, it stopped raining just in time to avoid making that exaggeration a reality.

Then yesterday, the footings were poured – they framed them up early in the morning, and the concrete was poured and curing by lunchtime. 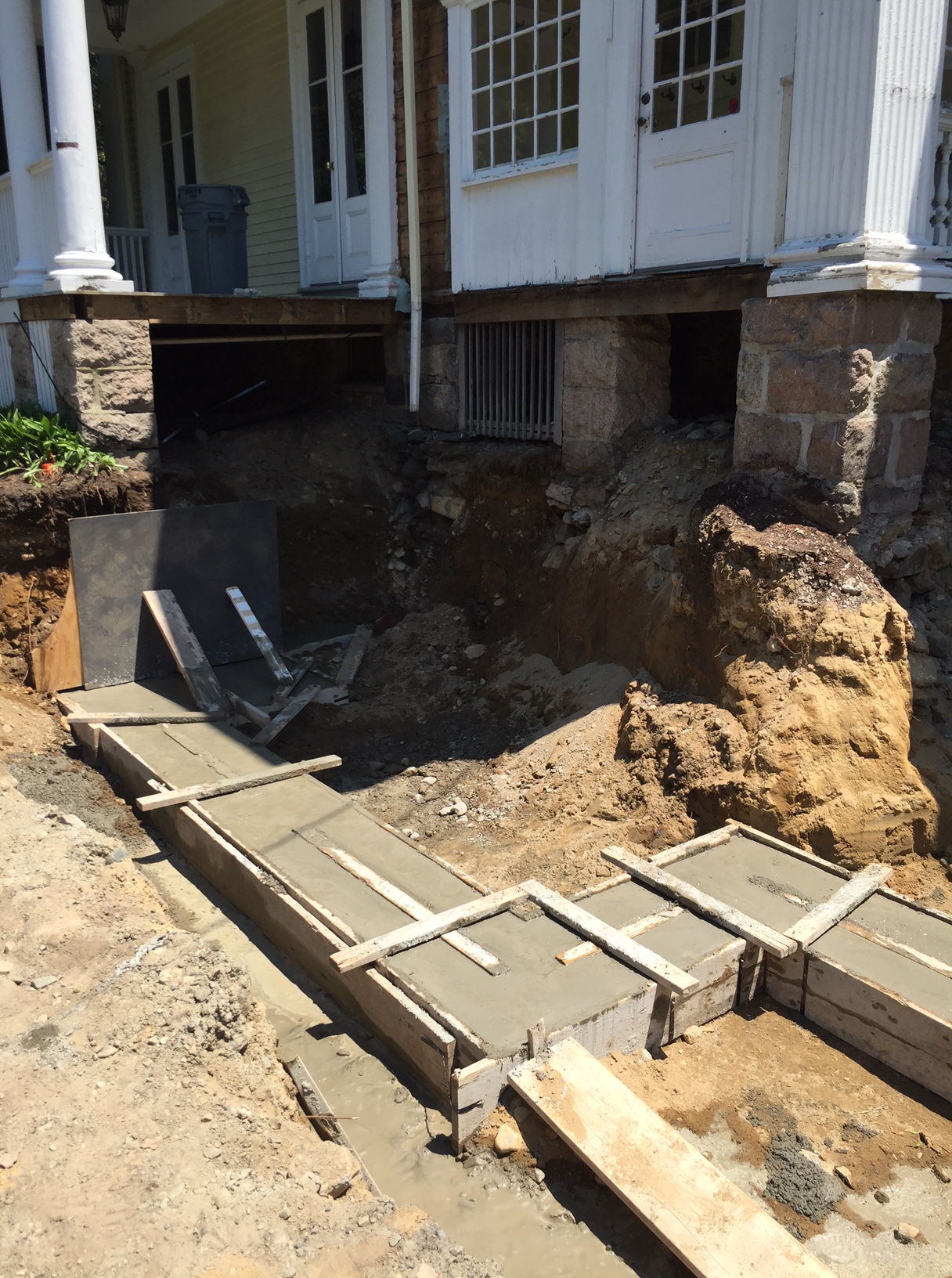 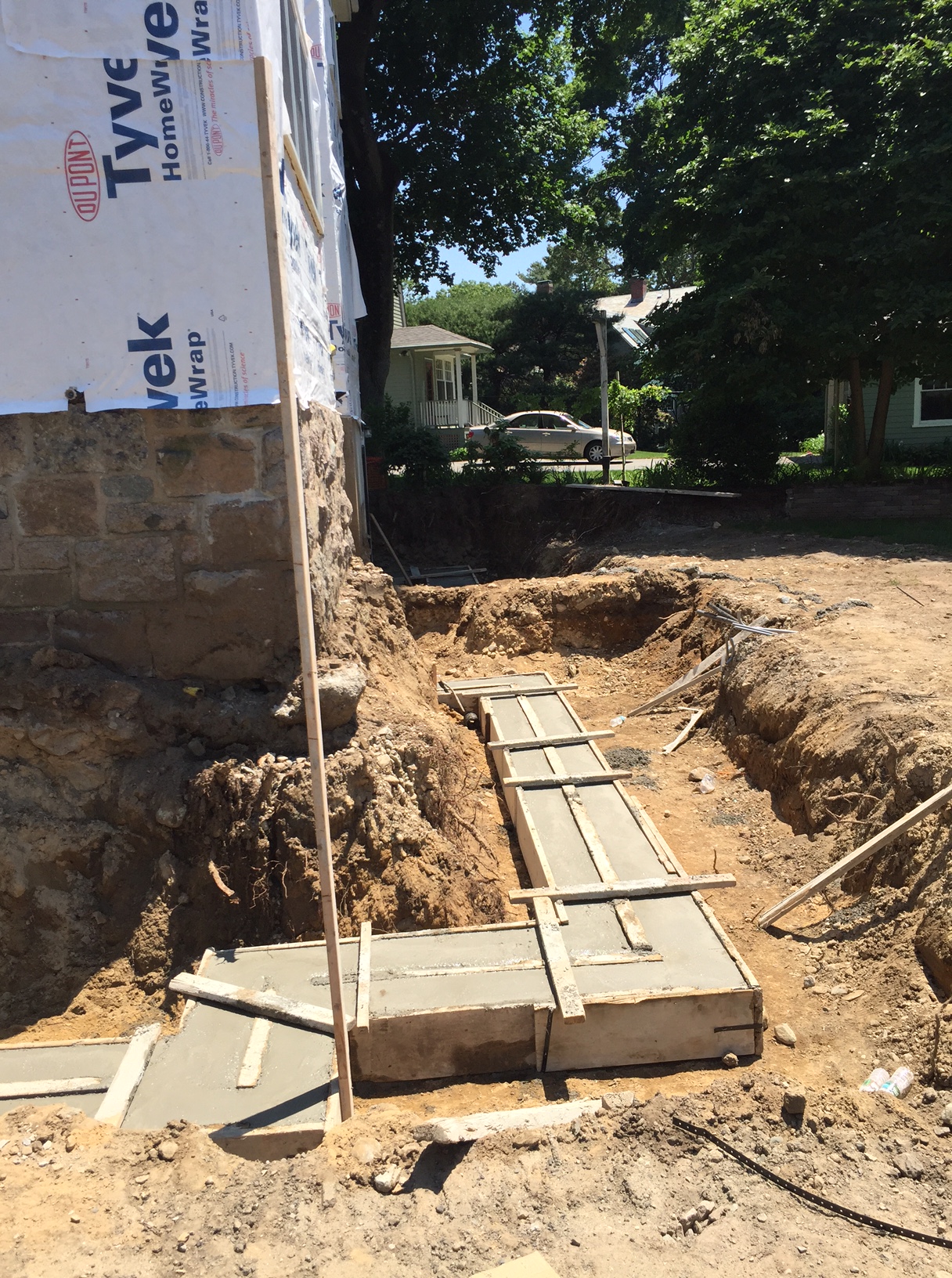 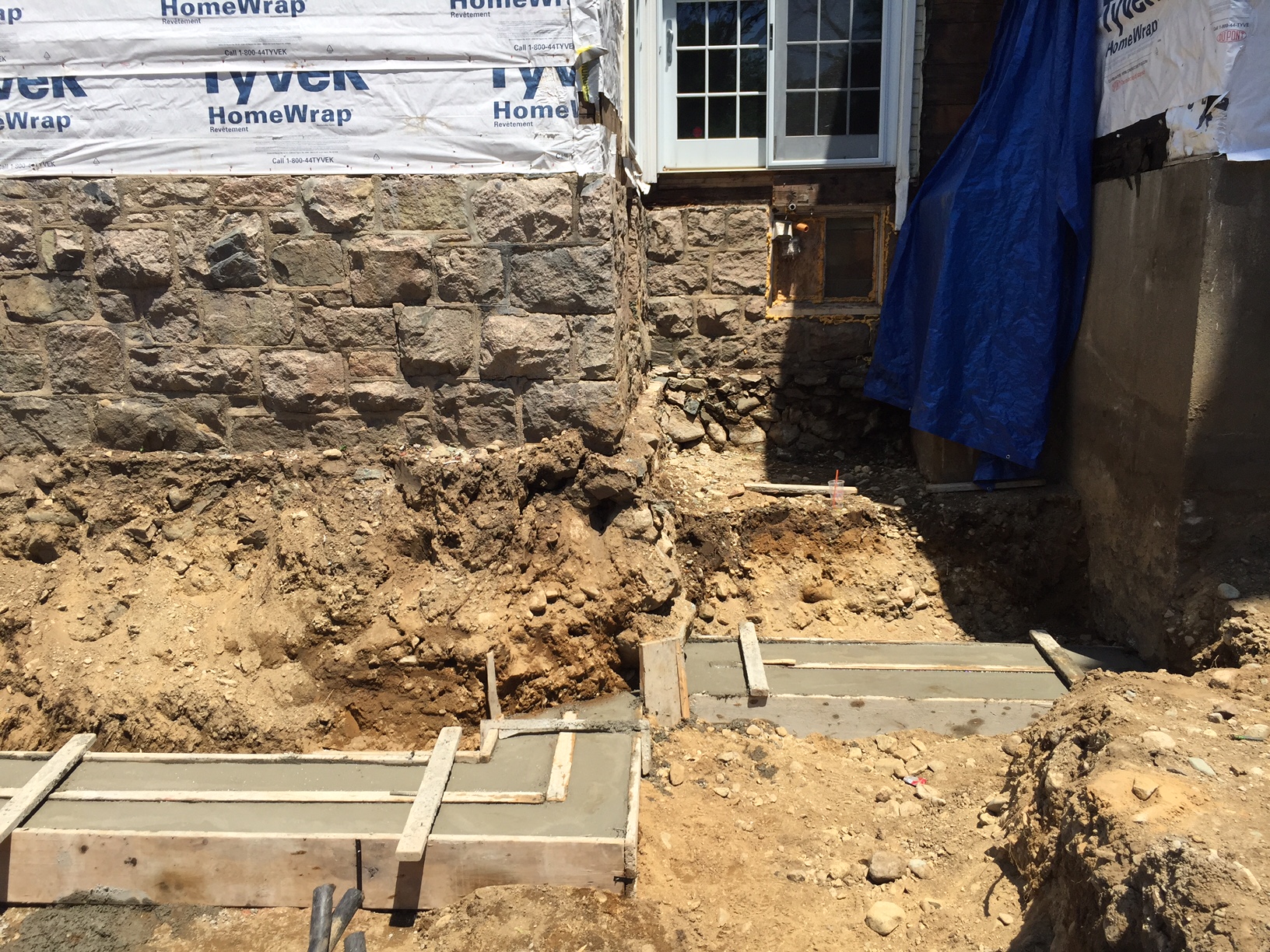 It may not look interesting to you, but to me, it couldn’t be more exciting. It’s like I’m seeing my house literally take shape before my eyes. And they said the walls will go up even faster. Yippee!

Once these exterior walls are framed, basically they will brace them to the house temporarily, then start the intricate (and, perhaps, delicate) process of taking down the existing interior and exterior walls that slated for removal. I am very interested to see how this will all work. And obviously it’s going to be truly amazing to stand in the new, raw space and visualize the finished state!

So far, at two months in (and six months to go…we hope), we are moving along according to plan and on schedule. So far, so good.