I have long had a love-hate relationship with sisal.

I’ve used sisal very infrequently for this reason, and haven’t used it at all in the past few years. And, until a few weeks ago, I had more or less written it off altogether. 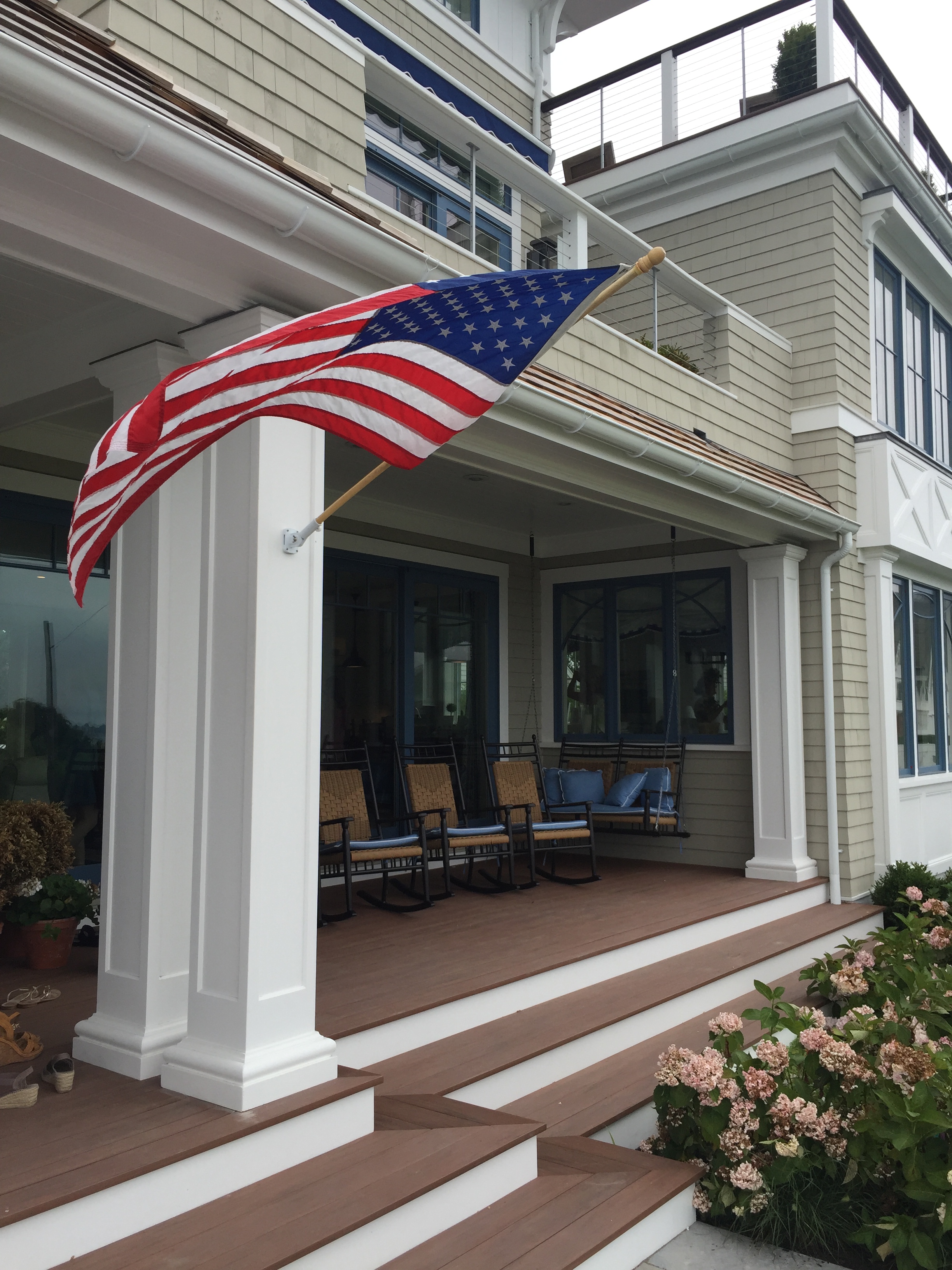 That is, until the wonderful Merida team invited me, along with a group of other Boston-area designers, to join them for a special tour of the 2017 Coastal Living Idea House in Newport, RI (actually, Middletown), which was designed by the inimitable purveyor of all things blue and white, Mark D. Sikes. Merida worked with the designer and supplied the vast majority of rugs and carpeting, many from Sikes’s own new collection with the manufacturer, for the idea house.

While the house certainly did not disappoint and delivered plenty of design inspiration, beautiful moments, and creative styling ideas, my biggest “aha” moment was not even on display in the house, but was something I learned about in the house’s kitchen, before our tour even began. 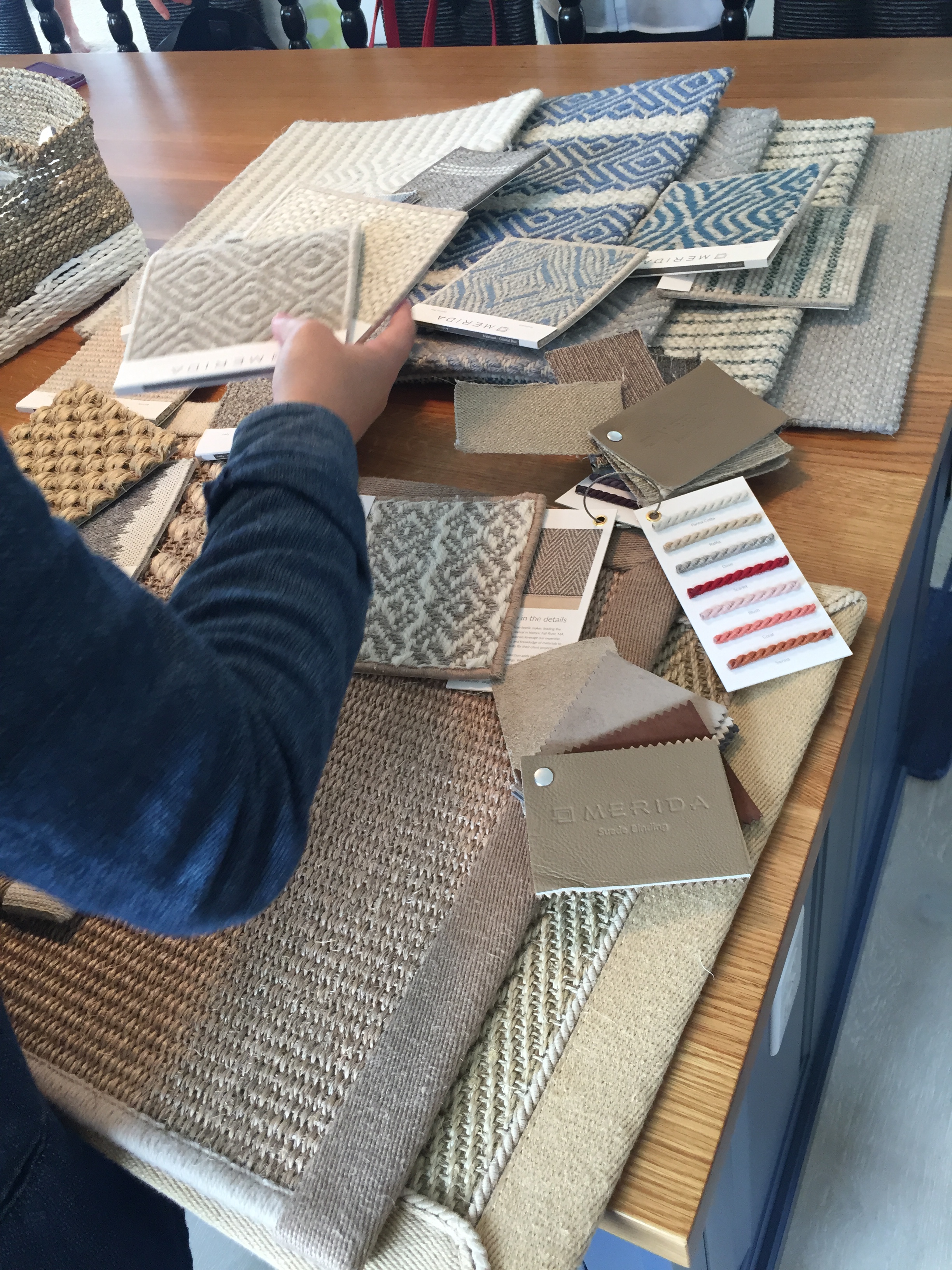 Joshua Bogart giving us an overview of Merida’s product offerings.

In the lower part of the above photograph, there are two sisal carpet samples. These are Merida’s Ultrafiber Carpet, which is made from 100% belgian sisal that has received stain treatment at the fiber level.

What does that mean exactly? Because the fibers themselves are protected, stains can’t penetrate them. After-market stain treatments are great for some things, but not so much for sisal. Surface-based protection can also wear over time, but this is not a problem for Ultrafiber. 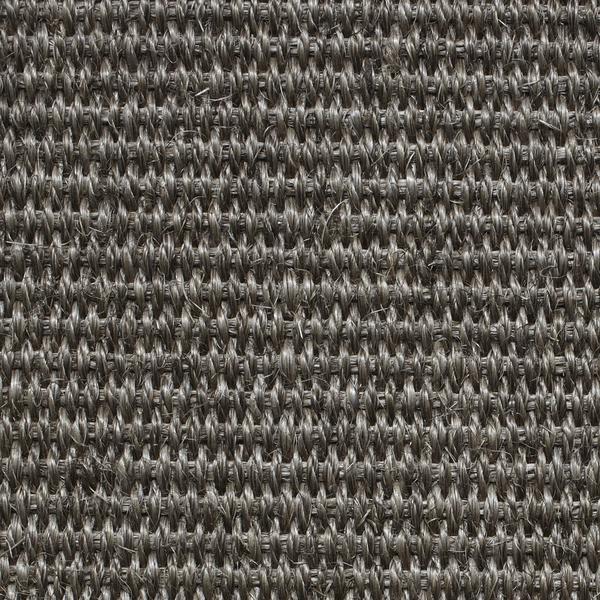 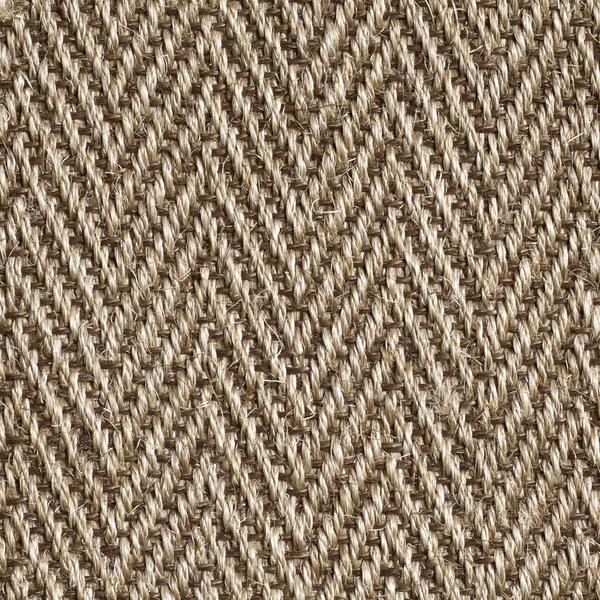 There are currently two styles – Urbana, which is more of a ‘classic’ casual sisal weave, and Avant, which sports a versatile herringbone pattern. Between them, there are eleven colorways. While Ultrafiber was really developed for use in contract (commercial) projects (it is also fire-retardant), obviously it is a phenomenal choice for any high traffic residential situation, as well.

The best part? The lead time is only a couple of weeks, and, it is woven in Merida’s mill right in Fall River, MA.

It’s official – sisal is officially off my ‘naughty list’ – just in time for Christmas! Ha!